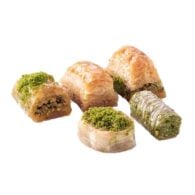 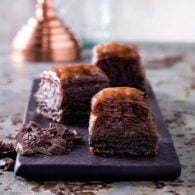 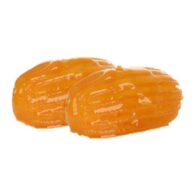 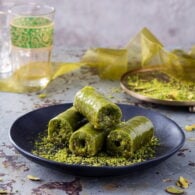 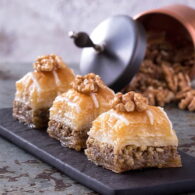 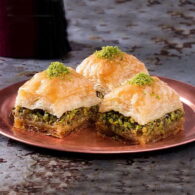 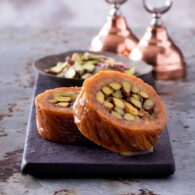 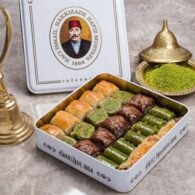 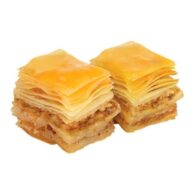 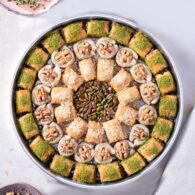 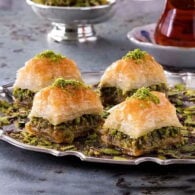 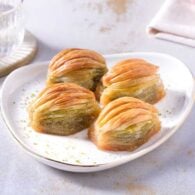 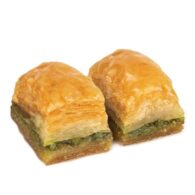 Baklava  was first made by the Assyrians at the beginning of the 8th century, sprinkled with chopped hazelnuts between unleavened bread, honey was added and cooked in primitive ovens in wood-burning ovens.

Byzantine, Greeks, and Arabs claim that baklava was first found by themselves. But the Ottoman control of their lands at that time allows us to accept that baklava belongs to the Ottomans.

On 8 August 2013, the European Commission registered that baklava is a Turkish dessert.

The oldest records of Turkish baklava are in the kitchen records of the Topkapi palace from the Fatih period. According to these records, Turkish baklava was baked in the palace in 878 (1473). Evliya Çelebi, who was a guest at Bitlis Bey's mansion in the mid-17th century, writes that he ate Turkish baklava.

The records show that Turkish baklava is known in every region of the Ottoman Empire and is often consumed by rich and powerful people in palaces, mansions and banquets. The consumption of Turkish baklava by rich people has made it an important culinary product from a simple pastry.

It is known that Turkish baklava Dessert dough is opened very thin and skilled chefs who can do this are preferred in palaces and mansions. The skill of the cook can be understood from the cutting of the dough. The cut doughs should be very thin, full-sized and cover the inside of the tray when opened. The cook of the master who can do this is accepted. The cook was asked to fit at least a hundred layers of dough into a tray. At that time, it was a measure of reputation to have a master who could open such thin dough. Before the dough tray was put in the oven, it was brought in front of the host, who would leave a Hamid gold half a meter above the tray. If the gold dough was pierced and touched the bottom of the tray, the cook was considered successful, and the gold cook in the tray was given a tip. If the gold remained between the layers of dough, the host would be embarrassed.

Turkish Baklava opened a new era in Ottoman cuisine. Regardless of the ethnic origin of the baklava, it took on the current shape with the contribution of Ottoman cuisine.

Today, Turkish baklava is produced in dozens of different shapes and tastes and is consumed with pleasure.

All kinds of Turkish baklava you see in our site are produced from completely natural food. Please click on the picture to order.

0
Your Cart
Your cart is emptyReturn to Shop
Continue Shopping